After a while of traveling – in my case almost four months now – you crave a solid place to stay, just a little bit longer in the same room with the same people in the same environment. I never thought I would find it in Nicaragua and definitely not in a party place like San Juan Del Sur. But apparently I did.

Let’s start at the beginning, my arrival in the city of León, once the heart of the Sandinista revolution, now widely known as the base town to go volcano boarding. A colonial city filled with colourful houses, murals representing freedom and the values and morals of te Sandinista movement, flags and churches, churches, churches. And a beautiful creamy white cathedral with a magnificent view on the city and the volcanoes surrounding it. Early in the morning is the best moment to visit, while the air isn’t hot yet and your eyes won’t be blinded by the whiteness of it. Wear socks, as you can’t walk on the roof with shoes. Another interesting view is to be found right across the cathedral, on the roof of a worn out colonial house – covered with loose corrugated sheet, some with holes in it – during your visit at the museum of the revolution. Don’t expect a regular museum, this is a house filled with pictures and memories, with tours given by Sandinista veterans, who tell you their story according to old black and white pictures hanging on the walls. And they grab your hand while you try not to burn your feet on the metal roof. – one of the most interesting museum visits I ever had, especially because my guide let his phone charge in a cut in the painting representing one of the Sandinista leaders, somewhere in the middle of the museum. I was too late to take a picture – And then the volcano boarding. I loved that. The boarding itself passes by pretty quickly – depending on your speed of course – but the walk up the Cerro Negro, the view on the other volcanoes in the ring of fire and the double crater make the hike definitely worth it. And it’s just heaps and heaps of fun the slide down a volcano on a wooden board. Did I like León? Absolutely. But I liked the people I’ve met there even more.

First of all I met M., a gorgeous and lovely dutch girl, who I’m traveling with now for almost three weeks already. She surprised me by suddenly starting to speak dutch to me after we already conversated in english for two days. Luckily I found her back in another hostel in Granada after she left León a day earlier than me. Then the Australian guys J., E. & B. They’re worth mentioning because of one of the funniest afternoons/evenings in Nicaragua. I’m not going to talk about details, but I can say a lot of beers, rum, a tattoo shop, a taxi, a casino, nudity, 6 other people and some lost crutches were involved. Also T. & C., who I met in Antigua and saw again in León – and Granada and San Juan Del Sur –, always got the party started. And of course S., who was involved in the whole tattoo thing without wanting it, but that doesn’t matter, everybody loved him anyway. All of them and more people made me have a blast in León.

From colonial León I moved on to even more colonial Granada. The first thing I did up there was run into M. in my hostel. As we were so happy to see each other, we spend the rest of the day having lunch and dinner and talking about everything what came into mind. Of course, the next day was used to discover the city – in a carriage pulled by a horse, just like real tourists – and walking around, taking pictures and having good food. From that day on we decided to travel together for a while, since we got along so well and speak the same language. – I’m still very happy with this decision – Since Granada was pretty quiet after León, we figured it would be better to travel onward to San Juan Del Sur.

And that’s were we got stuck. Why? Sun. Pretty beaches. Pretty surfers. Good food. A lot of cheap rum. New and old friends. Too many parties. There’s this phenomenon called ‘sunday funday’ in San Juan, which basically is a big booze/pool pub crawl day. Everybody gets wasted and everybody has a hell of a good time. So did I. And to be honest, it was quite nice to stay at the same place for a while. Having a great time with great people. Taking a break from packing my bags and moving on every 3/4 days. So four days became a week and a week became two weeks. In the meantime an eartquake in Chile caused a tsunami warning all along the pacific coastline…which is exactly 30 seconds walking from my hostel – Pachamama, I highly recommend staying in the annex -. The moment the sirens started, nobody – except for M., who was reading about it – knew what was going on. When we realized it was serious, we tried to get as much people in to a car as we could – which is 14 – and drove to higher ground. The Naked Tiger hostel to be exactly. People up there had no idea what was going on and thought we joined them for the party. Afterwards it was clear there wasn’t going to be a tsunami, so the party got started. What was supposed to be a quiet night, ended up being a blast. Again. To be honest, I was sad to leave San Juan, and still miss everybody up there. I can only say thanks to everybody who partied or hung out with me – you know who you are: K., J., B., P., C., A., T., K., Z., M., … too many to mention – and I hope we see each other again. In Central America or elsewhere. 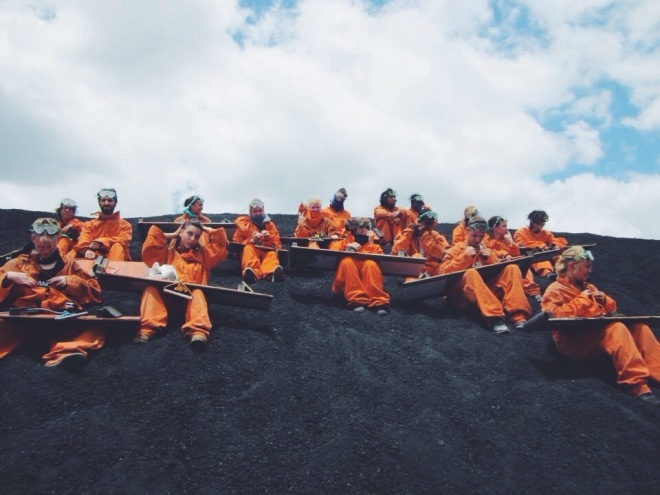 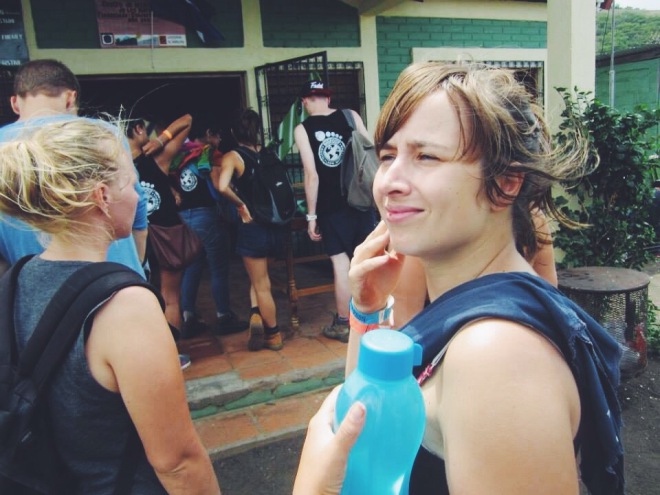 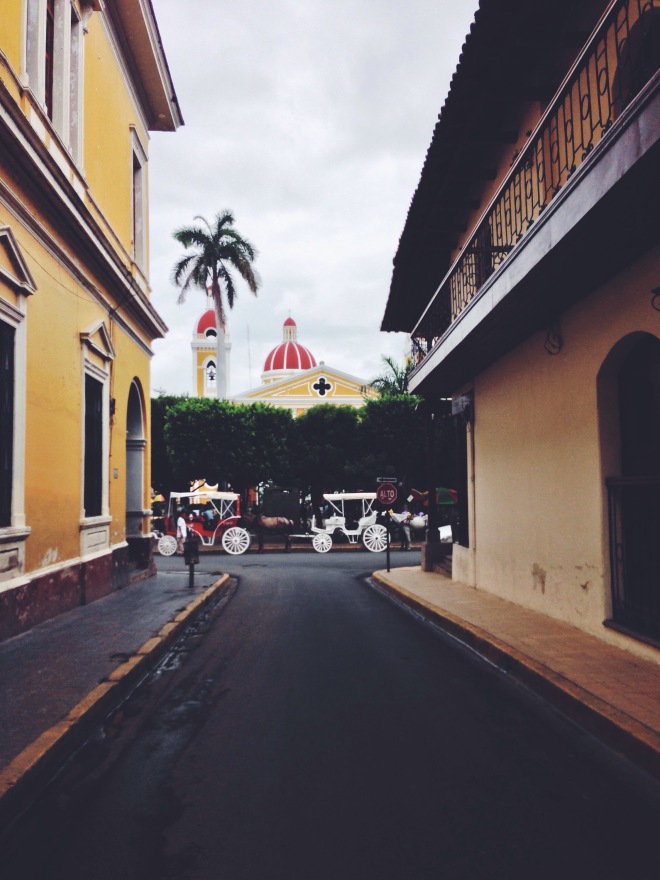 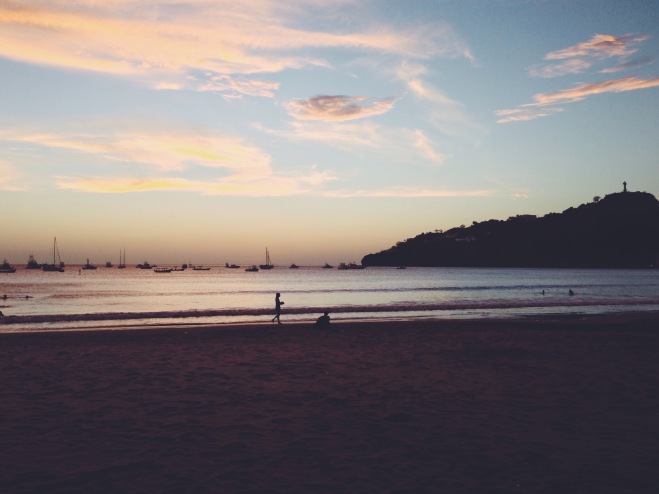 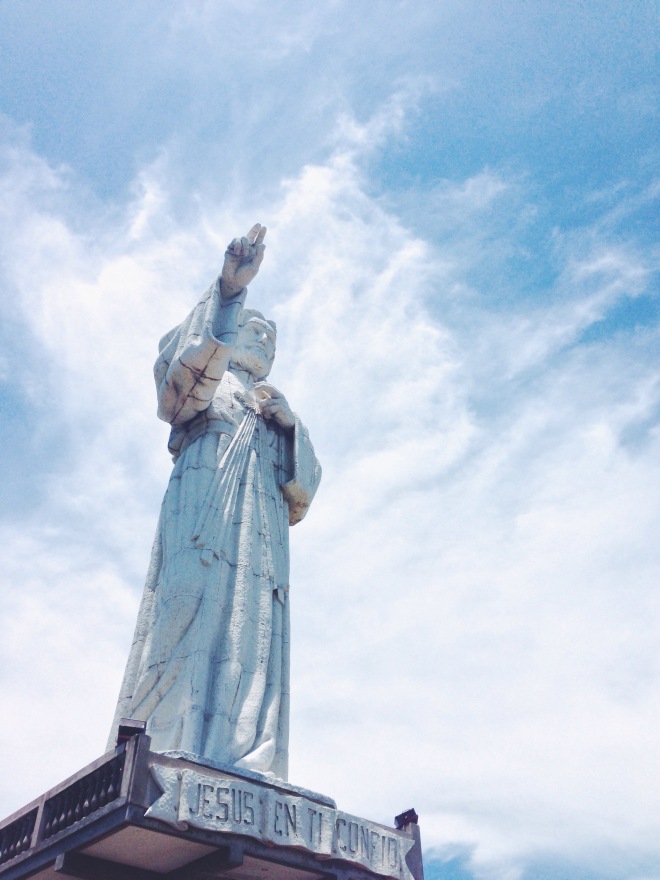 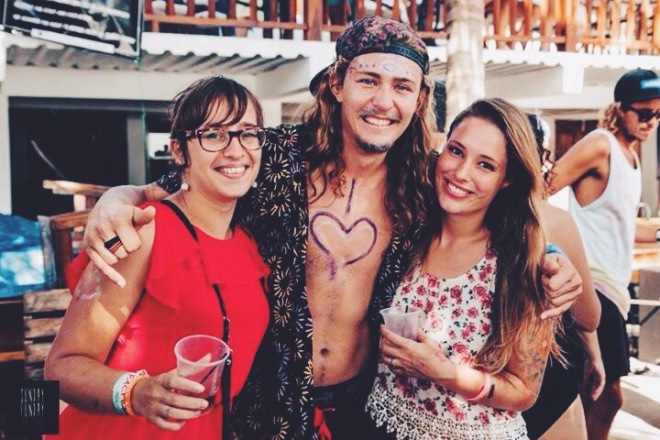 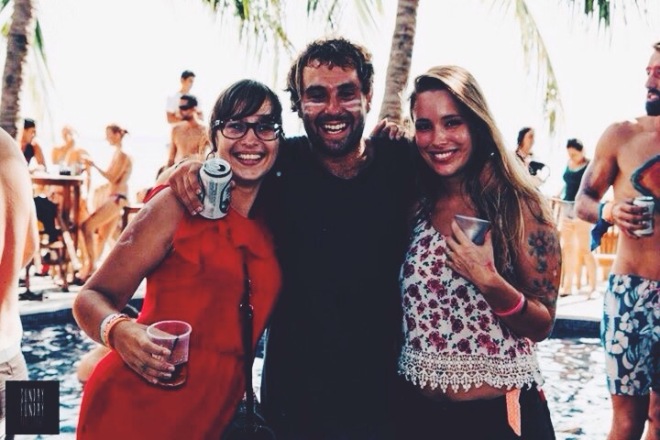 One thought on “Sand & glitter in Nicaragua.”